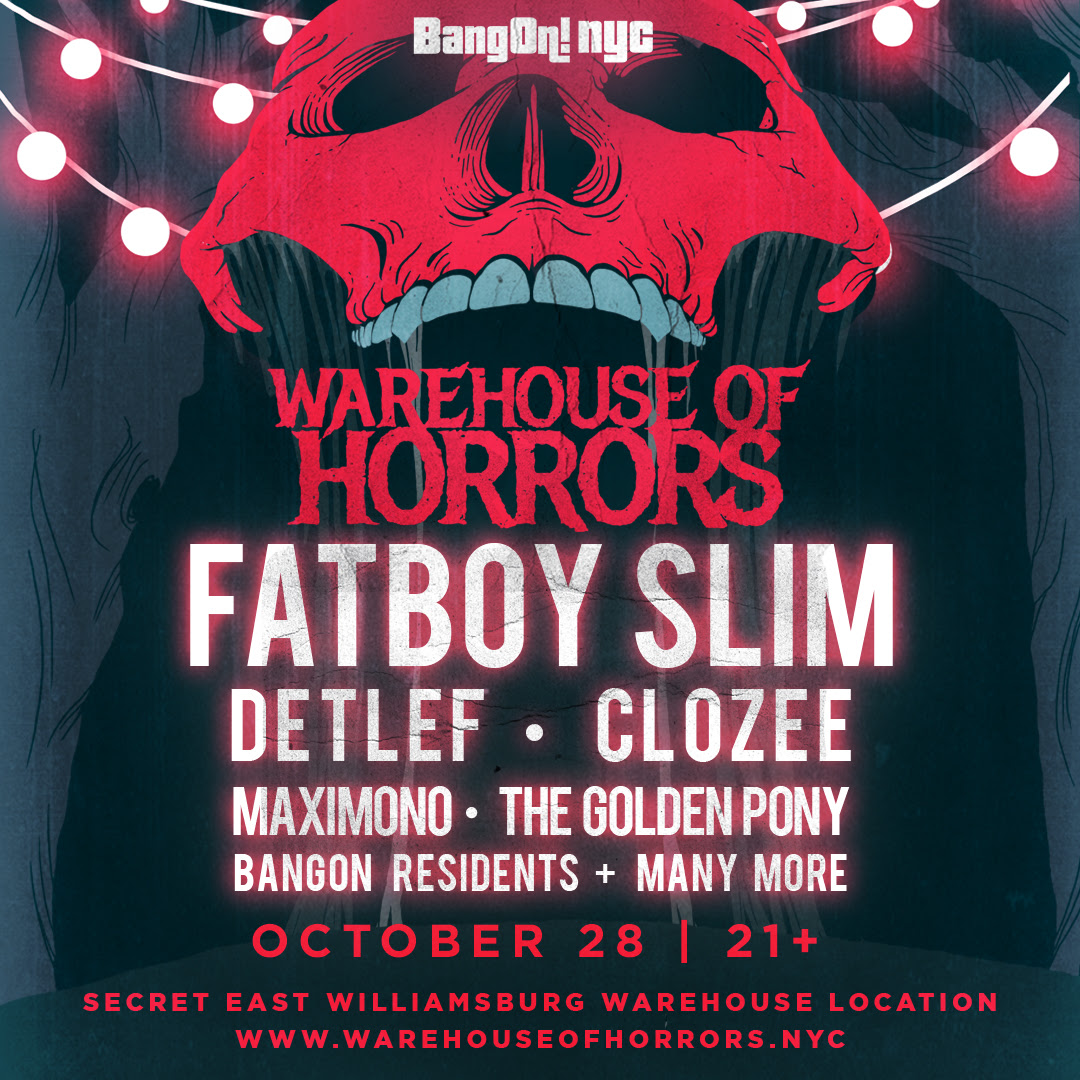 Featuring headline performance from the original funk soul brother; FATBOY SLIM.   A true living legend, with a career spanning over 20 years, and once playing to a record crowd of 250,000 at his own beach party in England.  With hits like ‘The Rockafeller Skank’; tagline “funk so brother” and ‘Where U Iz’, Fatboy Slim will bring a his unique talents to Warehouse of Horrors.

DETLEF
Breathrough artist DETLEF whom had quite a year with releases on Hot Creations, Knee Deep in Sound and Defected culminating in 3 #1 Beatport Hits!
CLOZEE
Having performed on many continents: from Coachella to India, on four US Tours, and everywhere around her native France; CloZee is breaking through the canopy and into the sun. Come see her fly.

MAXIMONO
Haling from London & Hannover, MAXIMONO has been causing all sort of chaos on the dancefloor with their ‘no rules’ mix of bass, hip hop, jungle, trap and even oriental beats!

THE GOLDEN PONY
Dubbed NYC’s favorite curly haired duo.  The Golden Pony has gathered over 20 million + streams on a string of bootleg remixes plus original releases on Armada Deep and Enormous Tunes.

The Poselski Brothers are the best media production duo in the EDM scene! They capture all your favorite rage moments at the hottest parties in NYC! Visit them at PoselskiBrothers.com